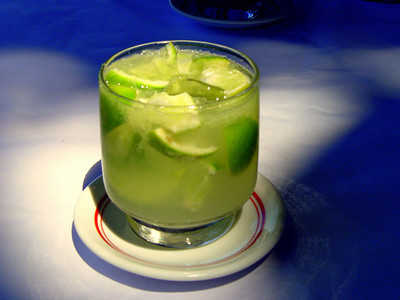 Next stop Brazil! We actually took a plane this time, No crappy bus! The plan was to fly to São Paulo and spend 4 days at the Marriott (using up those reward points again!). Then bus our way to Rio De Janiero and hook up with Carrie’s parents for a 4 city tour including; Rio, Iguazu Falls, Buenos Aires, and Santiago. Flying from Buenos Aires to São Paulo was a piece of cake, getting a Brazillian visa, on the other hand, was a pain in the #@* and it cost about $150/person. Over the entire trip, Approximately 2.5 months, we probably spent more money on fees than any other single item. São Paulo is a city of over 28 million people. Question: Is this picture of a sunset or of the glow from the heat generated by that many people. This picture was taken from the 23rd floor and we could not see the end of the city. WOW!